In western countries, September is often a starting point, a time to begin something new.
In Japan, on the other hand, it is often considered a kind of halfway point in the year and a time to recover from the outgoing heat and humidity of the summer. I feel quite a different mood between the western countries and Japan.

Each country has its own weather patterns and seasons, which have a strong effect on the diversity of their food and the formation of their culture. Also, we humans ourselves are part of the natural world. Although we often fail to recognize it, weather has an active influence on the human body, mind and spirit. The transition between each season is a good time to reflect on our being a part of nature, and the close connection between the seasons, our emotions, our health and our lifestyles.

Here on my blog, I would like to tell you about the best way of living for each season from the standpoint of traditional oriental medicine.

In traditional oriental medicine, autumn is regarded as a transition point, which means the vector of energy rises and then descends from top to bottom, like a roller coaster. When yang reaches its peak in summer, it begins the transformation into yin in autumn, which is completed in winter.

This change is very drastic, as evidenced by the typhoons which occur in this season. It gets so cool and dry that it is hard to believe the hot and humid summer season actually was there. Sunset comes earlier and earlier, and the leaves turn colors. It is time to harvest the crops and give thanks for the grace and bounty of nature.

Heading into autumn, we start the Lung phase of our body’s seasonal cycle.
The main function of the Lungs is respiration. They are said to govern our Qi, inhaling the “pure Qi” of the air and exhaling the “dirty Qi” we have metabolized.

The Lungs have a descending aspect of flowing Qi and regulate the passage of water. An imbalance in this function can lead to Qi and bodily fluids becoming stuck in the upper body and producing phlegm or mucus, causing sinusitis and a congested feeling in the nose or thorax.

As humans we naturally experience a range of emotions and the proper expression of them is a basic part of life. On the emotional side of things, what traditional oriental medicine is most concerned with is when these expressions are repressed, or when we are unable to express or experience them. In the traditional philosophy, everything was classified according to one of the five elements: Water, Wood, Fire, Earth and Metal. Each of the organs relates to one of the five elements and its associated emotions.

Autumn represents the Metal element, the root emotion of which is grief.

This “grief” has a broad meaning. It refers not only to the kind of sadness we experience when someone dies, but also to relinquishing that which no longer serves or fulfills us. Through the autumn season, nature encourages us to engage in the process of “taking in and letting go” and to develop the ability to accept and relinquish.

Feelings of pessimism, depression and regret with which we have failed to come to terms result in a disharmony of the Metal element. 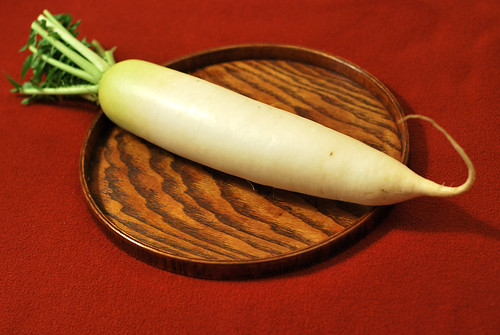 What to eat in Autumn

A food regimen – what to eat – for autumn nurtures dryness and focuses on white color food. Appropriate choices for your meals include yams, white cloud ear mushrooms, daikons (Japanese white radishes), onions, white leeks, lily bulbs, lotus root and white sesame seeds. Adding to these some spicy food such as ginger, Chinese chives and red pepper is the best combination for regulating the Lung Qi in autumn.

In addition, seasonal fruits like pears, persimmons, grapes and apples as well as seasonal nuts such as ginkgo nuts, walnuts and pine nuts are also good to eat.

Traditional oriental medicine holds that the five elements express the five movements of the universe.
The Metal element is associated with the sense of a boundary across which we can take in and let go. According to this concept, the boundary is a physical and energy skin or membrane thorough which an interaction with others and environment occurs. It is symbolic of our constant partaking of life, and can clearly be seen at work in the action of the breath.

Breathing is not only an exchange of oxygen and carbon dioxide, but also an interchange of thoughts and emotions. When your breathing is constricted, it can obstruct the rhythmic flow of taking in and letting go and cause an over-attachment to thoughts or an under-attachment to your emotions.

For a healthy life, we need this duality – positivity and negativity, yin and yang. A process of a fluctuation without “holding on to it” is the harmony of life.

All we need is flexible and lively breathing – physically, emotionally and energetically.
Loosen your breath. Loosen your mind. Better breathing. Better resilience.

Where can you find a quiet place in Tokyo to experience the energy of traditional Japan? Japan is a fascinating country which has a unique energy mixture: modern and traditional, well-organized and chaos. One of the main experiences visitors look ・・read more

Hormonal shifts are a natural part of life. Hormonal fluctuations keep us in a state of dynamic balance throughout the maturation and aging process. Menopause is the natural end to a woman’s menstruation cycle. It can start as early as ・・read more

Approximately 4% of adults experience headaches nearly every day. Migraine and tension-type headaches are the most common headache disorders. They can result in significant reduction in social activities and work capacity of the sufferers.[1] Acupuncture has long been one of ・・read more